Criminal defense Attorney in Plano, Ezra Levy has been aggressively defending the rights of Texasers for over 20 years. Ezra is a seasoned litigator who has tried every kind of criminal defense case. Ezra's clients receive his cell phone number, so they can connect any time they need help. From arrest through trial, Ezra works hard to get the best possible results in and out of court.

What is a “White Collar Crime”?

Because numerous high profile individuals have been convicted of white collar crimes in recent years, many people believe you must be a celebrity or a Wall Street tycoon to face these types of charges. In reality, white collar crime is a catch-all term for a variety of criminal offenses that typically involve ordinary people.

The phrase “white collar crime” was created to describe a range of criminal acts that involve fraud and deceit. Because most of these charges involve non-violent crimes committed by office workers in a business setting, the term refers to the type of white dress shirt that was historically worn by corporate employees to distinguish themselves from laborers in the working class. In most cases, as with credit card fraud, embezzlement, tax fraud, securities violations, and identity theft, white collar crimes involve the mishandling of money.

White collar crimes involve complex transactions that require a thorough understanding of tax law and federal regulations. Because these types of cases are often subject to both state and federal prosecution, it is important to work with a lawyer who is comfortable defending a case at any level. In some cases, federal law enforcement agencies spend months or even years conducting an investigation before charging a suspect. It is not uncommon for individuals to be unaware that they are the subject of a federal investigation.

Because this is often the first time they have encountered the criminal justice system, many white collar offenders are overwhelmed and intimidated by the experience of being charged with a serious crime. The prospect of a felony conviction and the idea of spending time is prison is emotionally draining. Additionally, many sentences require the offender to pay restitution for his crimes. If he can’t afford to repay the money, the government can seize assets, such as cars, houses, and other personal property. With so much riding on the outcome of your case, you need a criminal defense lawyer who can quickly assemble an intelligent, effective defense.

Texas State imposes some of the Nation’s stiffest sentences for Illegal Weapons Possessions. Instead of going away to prison for up to 15 years, Contact Ezra C. Levy

Because the penalties for sexual assault are so personally, financially, and emotionally damaging, your lawyer must be prepared to aggressively defend you from arrest to trial.

A first-time conviction can result in up to 12 months in jail. You need a criminal defense attorney experienced in contesting charges brought by the state.

A DWI Charge Can Put Your Life on Hold. A single arrest can seriously jeopardize your job, your freedom, and your reputation. If you have been arrested for drunk driving, you can’t afford to delay your defense.

Because these types of cases are often subject to both state and federal prosecution, it is important to work with a lawyer who is comfortable defending a case at any level.

You need an experienced homicide defense lawyer on your side. I am prepared to stand solidly in your corner, as I have for countless others in your shoes.

Individuals who deliver or import drugs across the Texas border face serious consequences under both state and federal law.

When you have been charged with a crime, you need an experienced lawyer who focuses exclusively on defending criminal cases and who will aggressively protect your rights. Throughout my career, I have successfully handled every type of criminal defense case. More importantly, criminal defense is the only thing I do. I have witnessed firsthand how a criminal charge can negatively impact every area of a person’s life. As a lawyer, I consider it a privilege to help people during this stressful time in their lives. Call me today at 972-801-2190 for a free consultation to discuss.

Many of his clients have received favorable dispositions because the DA did not want to go against Mr. Levy at trial. Few are his equal. -Jason D. 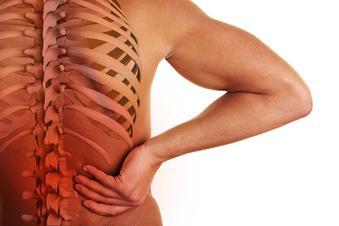 4 Stretches for the Middle Back

Mid back pain or stiffness can have a significant impact on daily life. However, certain stretches can help relieve pain and improve flexibility. 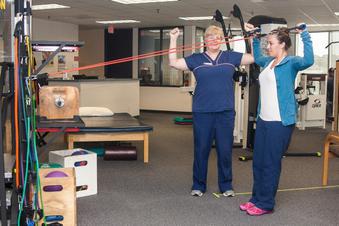 With an injury it’s important to unload the area and give it some time to heal; but you also want to change up your exercise technique and programming if that was a contributing factor to getting hurt.

Learn More
Only the finest

When you have been charged with a crime, you need experienced lawyers who focuses exclusively on defending criminal cases and who will aggressively protect your rights. Throughout our careers, We have successfully handled every type of criminal defense case. More importantly, criminal defense is the only thing we do..

In addition to elite athletes, Lauren is experienced in working with children, having completed an internship at Cook Children’s Hospital in Fort Worth, TX. She also enjoys working with adults and seniors. She’s motivated by a drive to help patients of all ages return to an active lifestyle.

Robbie E. West’s Bio Robbie is an integral part of the practice’s rehabilitation team. He is a Certified Functional Capacity Evaluator and works with patients of all ages who’ve had disabilities since birth or suffered injuries later in life, including traumatic brain injuries, sports injuries, work-related injuries, and automobile accidents. Robbie is praised for his...
Read More
Read More

Richard Joseph Guzman has over thirty years of experience as a physical therapist, bringing unparalleled skill, knowledge, and compassion to patients at Source One Rehabilitation’s three locations in North Plano, West Plano and Fort Worth, Texas.

Dr. Adams is a Texas licensed psychologist with extensive experience working with individuals with chronic pain and acquired brain injuries. Dr. Adams is committed to returning these patients to a more productive lifestyle and develops and maintains the structure of our CARF-accredited chronic pain and brain injury programs to ensure this outcome. His comprehensive approach to assessment is designed to clarify diagnoses, identify strengths and weaknesses, and facilitate appropriate treatment planning.

Dr. Jeffrey Adams Bio Dr. Adams received his doctoral degree (Ph.D.) from the APA-accredited Counseling Psychology program at the University of Houston in Houston, Texas. More recently he completed a 2-year post-doctoral residency in Clinical Neuropsychology at the Institute for Clinical Neurosciences. Dr. Adams obtained a Bachelor’s degree in Psychology from the University of Nebraska...
Read More
Read More

Carri Moore’s Bio Being a young athlete herself and knowing the importance of physical activity and wellness in 2013 Carri obtained her Massage Therapy License preceded by a Personal Training License the following year. Very passionate about her craft, Carri began to contract herself right out of school and started in a Chiropractic Office months...
Read More
Read More

Dr. Michael Ellman is a board-certified physiatrist who specializes in PM&R, Pain Medicine and Electrodiagnostic Medicine.

Dr. Michael Ellman’s Bio Dr. Ellman is an expert in the field of non-surgical spine care, orthopedic medicine, rehabilitation, and EMG’s. Dr. Ellman’s knowledge and experience provide comprehensive treatment with an emphasis on functional restoration. Dr. Ellman has been in the private practice in the Dallas area since 1996 and patients appreciate his thorough, personalized...
Read More
Read More

Dr. Lewis Frazier completed his undergraduate studies at Texas A&M, obtained his medical degree from the University of Texas Medical School at San Antonio, and completed his specialty training at the Stanford University Physical Medicine and Rehabilitation Program, where he was elected chief resident.

Dr. Maushmi Sheth’s Bio Dr. Maushmi Sheth is a clinical neurologist treating patients in Frisco, Texas and the surrounding communities in the DFW metroplex. She works with patients’ physicians to manage their neurological health in coordination with their overall health. Board certified for both neurology and clinical neurophysiology, Dr. Sheth also holds membership with professional...
Read More
Read More