What is a Concussion?

Concussions are very nasty injuries that can either have a temporary or long-term negative effect on your life. Concussions are specifically caused when the brain is rocked back and forth or twisted violently inside the skull, usually due to a vicious blow to the head or body. This can cause swelling or bleeding, with symptoms lasting a few days to several months. Some symptoms might also never go away, which can interfere with work, school, and other aspects of daily living.

What are the Symptoms of a Concussion?

Concussions are all different, and the symptoms in one patient may not necessarily show up in another. The following are just some of the most common symptoms of concussions.

How to Test for Concussions

There are many different ways to test for concussions. Most commonly, a provider will conduct post-concussion testing through cognitive and neuropsychological testing. After obtaining these results, a healthcare provider can prescribe a treatment plan moving forward.

What is Post-Concussion Testing?

What is Neuro-Psychological Testing?

We accept workers’ compensation and most major insurance plans. We also accept patients under letters of protection. Please contact your insurance company or you may call our office at (817) 457-9850 in Ft. Worth, (469) 658-0100 in North Plano or (972) 801-2190 in West Plano to find out if we accept your insurance plan. If your insurance plan requires you to pay a co-payment, co-insurance, and/or a deductible, you will need to pay at the time of your visit. For your convenience we accept cash, checks, Visa, and MasterCard.

Texas State imposes some of the Nation’s stiffest sentences for Illegal Weapons Possessions. Instead of going away to prison for up to 15 years, Contact Ezra C. Levy

Because the penalties for sexual assault are so personally, financially, and emotionally damaging, your lawyer must be prepared to aggressively defend you from arrest to trial.

A first-time conviction can result in up to 12 months in jail. You need a criminal defense attorney experienced in contesting charges brought by the state.

A DWI Charge Can Put Your Life on Hold. A single arrest can seriously jeopardize your job, your freedom, and your reputation. If you have been arrested for drunk driving, you can’t afford to delay your defense.

Because these types of cases are often subject to both state and federal prosecution, it is important to work with a lawyer who is comfortable defending a case at any level.

You need an experienced homicide defense lawyer on your side. I am prepared to stand solidly in your corner, as I have for countless others in your shoes.

Individuals who deliver or import drugs across the Texas border face serious consequences under both state and federal law.

Injured at work? We’re here to help. Click or call to get in touch with our Medical Professionals. We will help you through the workers compensation process and build a treatment plan tailored to your needs.

We are available 8-5 Monday – Friday.

For More About Our Workers Compensation Programs 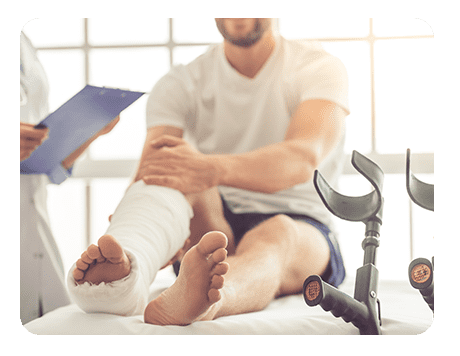